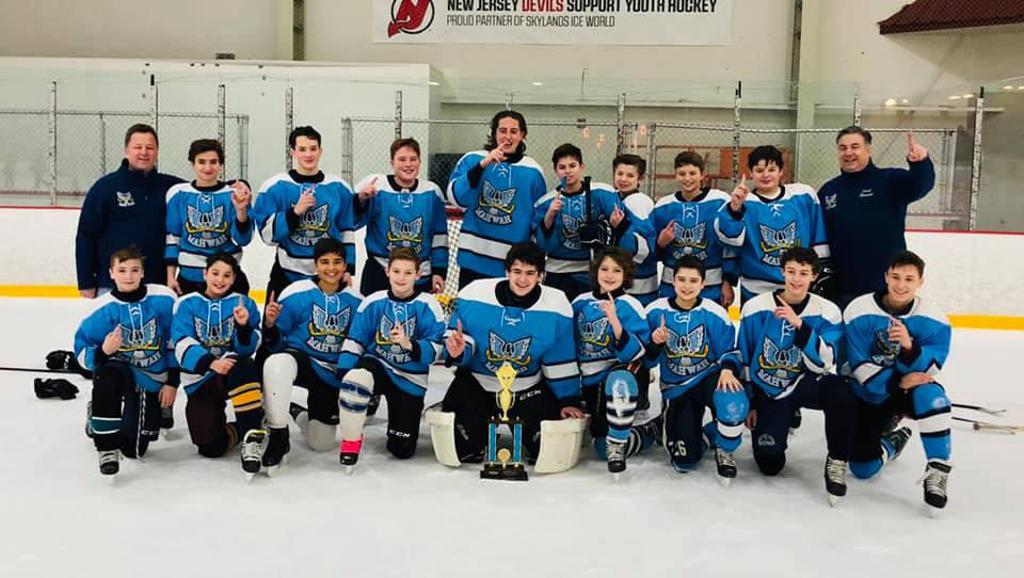 Finding themselves down 2-0 in the first period to rival Ramsey, the Mahwah Middle School team was facing the prospect of a second consecutive disappointing championship game loss in the annual Christmas Tournament at Skylands Ice World. A Mahwah goal late in the first closed the gap to 1 and, importantly, fired up the squad.  The boys continued to skate hard and eventually went up 3-2. Despite Mahwah allowing only 2 shots on goal during the 2nd period, unfortunately, one went in. The game was tied at 3 going into the third period.

The game remained tied until about halfway through the third period when Ramsey called timeout after taking their first penalty of the game. In the huddle, Mahwah Coach Dan Larkin did something extraordinary. He gave the players the chance to call the play for the ensuing faceoff on the left circle in Ramsey's zone. One word arose from the group of middle schoolers, "overload." It came from defenseman Preston Mattesich, drawing from what he learned from Coach Dennis Scannell in last year's spring league season. Coach Larkin then told Mattesich to break the play down for the rest of the skaters, which he did.

The team took the ice for the faceoff and flawlessly executed the play. Center Anthony Miller won the draw back to defenseman Eddie Kane while winger Johnny Russenberger drove to the net. Kane put the puck on net and while the Ramsey goalie made the save, Russenberger was right there to bury what would turn out to be the game winner. The Thunderbirds added an insurance goal a few minutes later and, anchored by defenseman Zach Norton, played solid 5-6 hockey for the last part the game when Ramsey pulled the goalie.

In the end, it was a very close game between two evenly matched teams. Mahwah Ice Hockey congratulates the Ramsey team and coaches on an outstanding tournament run, and we look forward to many more great games in the future.